In and Around Liverpool Airport

In and around Liverpool airport 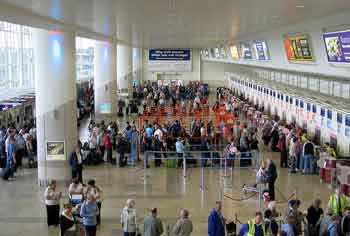 Liverpool John Lennon Airport is the UK's tenth busiest airport and serves Merseyside, Cheshire, north Wales and Lancashire. In 2009 alone the airport saw nearly five million passengers jet off to destinations in Europe, the Middle East, Africa, Asia, North America and South America, as well as a few within the UK.

The airport was renamed in honour of the former Beatle in 2001, and has as its slogan the Imagine lyric, “Above us only sky”. A seven foot bronze statue of John Lennon welcomes passengers at the check-in hall.

Food and drink at Liverpool airport

There are plenty of places for hungry passengers to grab a snack at Liverpool airport. With branches of Starbucks, O'Briens, Subway, Burger King, Caffe Ritazza, Go, Wetherspoon's and The Food Village, you definitely won’t be short of choice. If you’d rather stick with the Beatles theme there’s even the Daytripper bar which is named after the Beatles’ song. 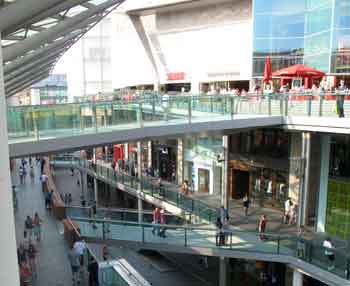 Liverpool has a fascinating maritime heritage and the waterfront’s amazing architecture is recognised as a UNESCO World Heritage Site and is well worth a visit. If that doesn’t win you over then the Albert Dock has the biggest group of listed buildings in the UK.

The city is a cultural gem and attracts art lovers, theatre-goers and museum fans alike. The Walker Art Gallery calls itself the National Gallery of the north for good reason. The gallery gives a home to fantastic works by Rembrandt, Turner and Degas, while Tate Liverpool hosts exhibitions by everyone from Tracey Emin to Picasso; both are a real treat whether you’re a passionate artist or a casual observer.

If you fancy taking in a little history then Liverpool also has plenty of museums. There’s the Merseyside Maritime Museum, the International Slavery Museum, the World of Glass and the World Museum Liverpool, which is full of historic treasures from around the world, from moon rocks and dinosaur remains to ancient Greek objects.

Shopaholics will love Liverpool; its shopping is absolutely world class. Liverpool ONE, in the city centre, is bursting with more than 160 high street names, while the Metquarter houses upmarket fashion and beauty outlets. Cavern Walks and Lark Lane are perfect if you’re searching for character. Both are home to unique bohemian and designer boutiques as well as quirky street markets.