Local residents and businesses around Leeds Bradford International airport area are to join forces with police and agencies in an effort to tackle terrorism and crime in the area.

This new venture has been codenamed 'Project Griffin' and is aimed at specifically cutting terrorism threats for those working in and around the airport.

The roots of Project Griffin began in 2004 in a partnership with the City of London Police and the business community in London's 'square mile'. This involved 'awareness days' to promote the effort and increase the visibility of the programme.

The programme encouraged members to be vigilant regarding suspicious packages and vehicles, crime prevention and terrorist reconnaissance. Members are also provided with updates on a weekly basis regarding terrorism, crime and other issues affecting the local area. 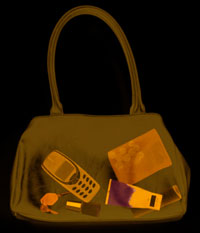 Project Griffin is of great value if an incident occurs as members can be asked to assist police with evacuations and cordons in the area.

Ian Whitehouse, Chief Superintendent and Divisional Commander for North West Leeds commented; “Project Griffin represents a true partnership approach to the disruption and detection of potential terrorist threats, be they international or domestic. It will provide much-needed additional ‘eyes and ears’ in the local community thereby empowering people to feel more confident in reporting suspicious behaviour to the police.

It creates a network of people who will play a vital role in maximising security around their own working environment and the wider airport community while working closely alongside the police and partner agencies. The regular sharing of up-to-date information will encourage vigilance by employees who will feel an increased sense of responsibility by becoming part of a partnership team committed to protective security.”

Book the Leeds Bradford Britannia Hotel in advance to get the best price and availability.