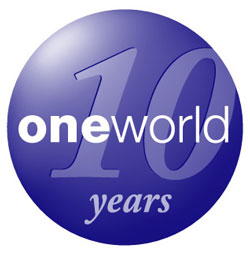 Oneworld carriers Iberia and British Airways have made changes to their operations at Heathrow Airport as part of a major project by the airline alliance.

Established in 1998, Oneworld is the world's third largest airline alliance after Star Alliance and SkyTeam. Members of the alliance, such as American Airlines, Cathay Pacific, Japan Airlines and Royal Jordanian, are already basing their operations from Terminal 3, and will be joined by Iberia from February 25.

British Airways is also moving some of its services from Heathrow's Terminal 1, including connections to Helsinki, Lisbon and Nice. Other British Airways flights to Australia and Singapore will follow at a later date, in addition to flights from Qantas.

Travellers to or from Heathrow Airport can choose to reserve a room at the Heathrow Holiday Inn Slough Windsor either before or after their flight. Located approximately eight miles from the airport, the facilities at this 3-star hotel will provide the perfect start or conclusion to your holiday.

*Please note:This price is correct for bookings searched on February 20, 2009. Prices are subject to change. Book the Heathrow Holiday Inn Slough Windsor in advance to secure the best price and availability.