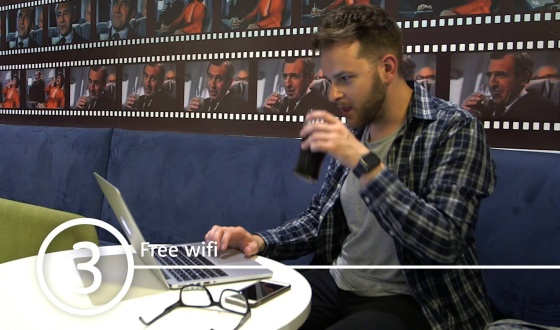 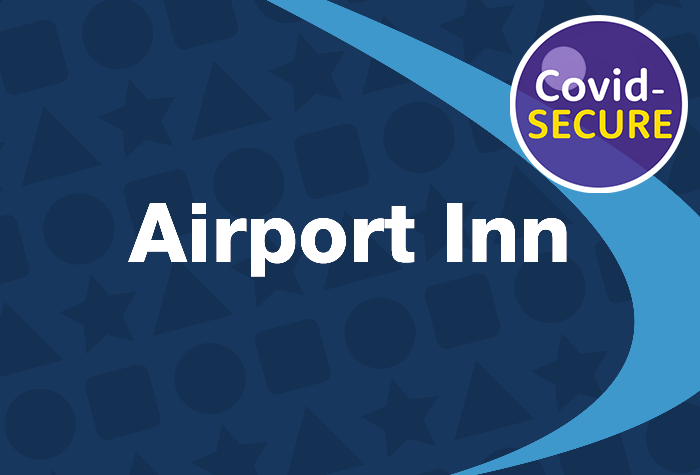 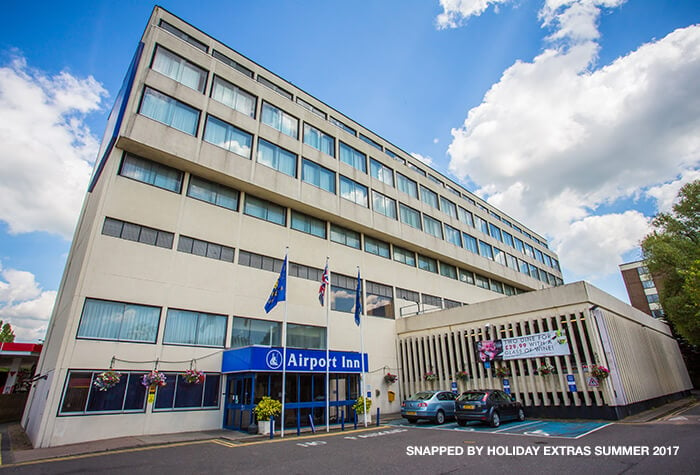 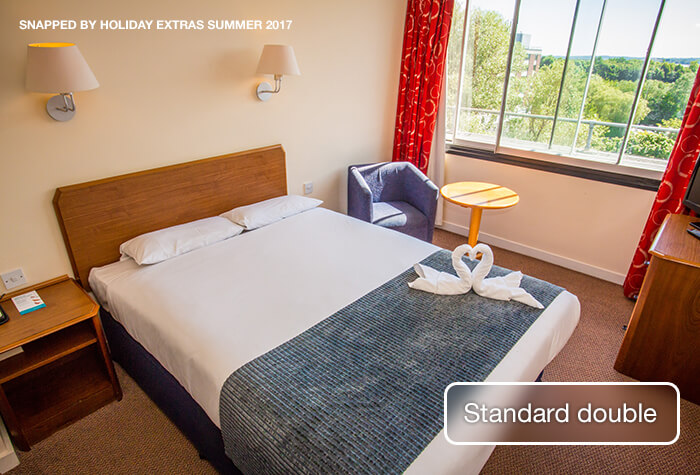 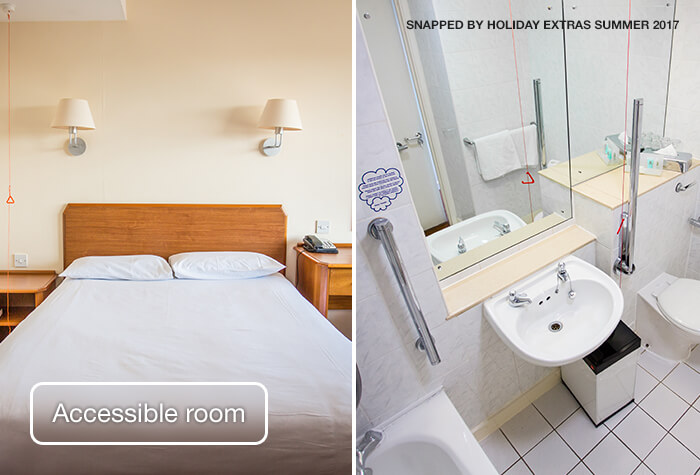 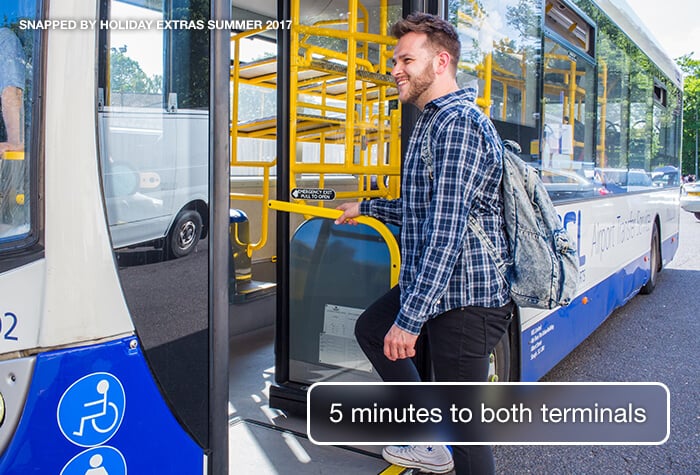 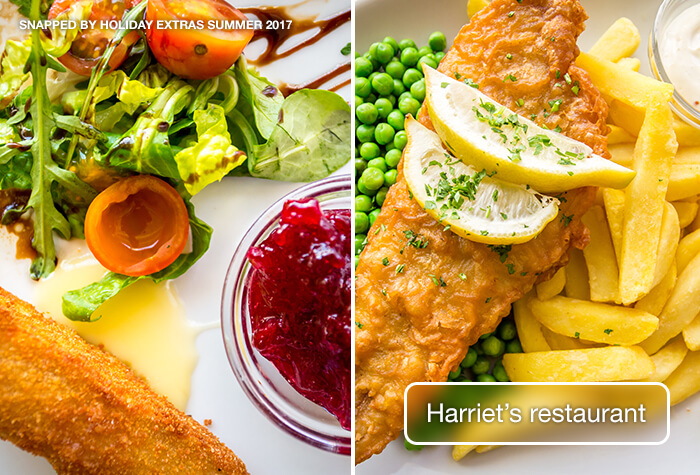 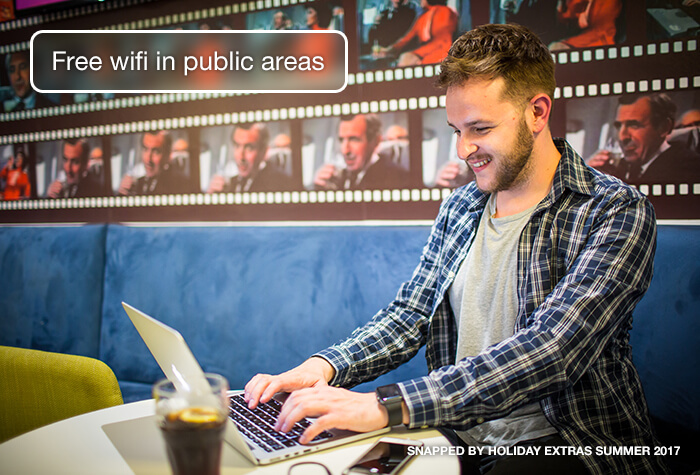 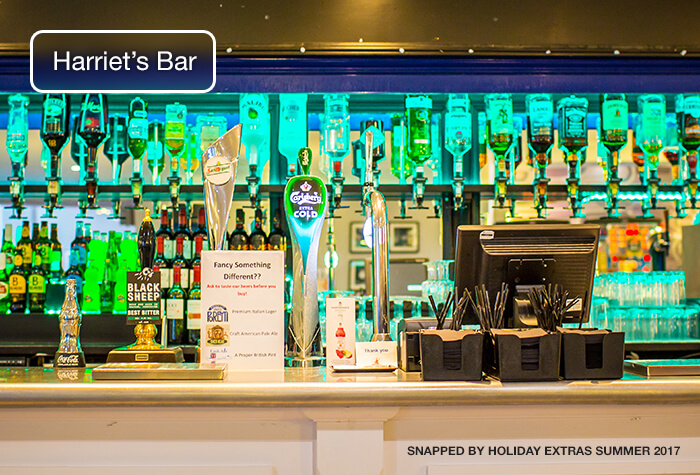 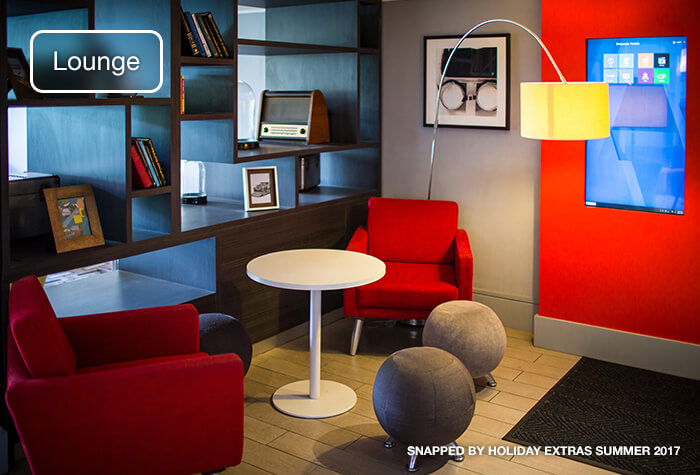 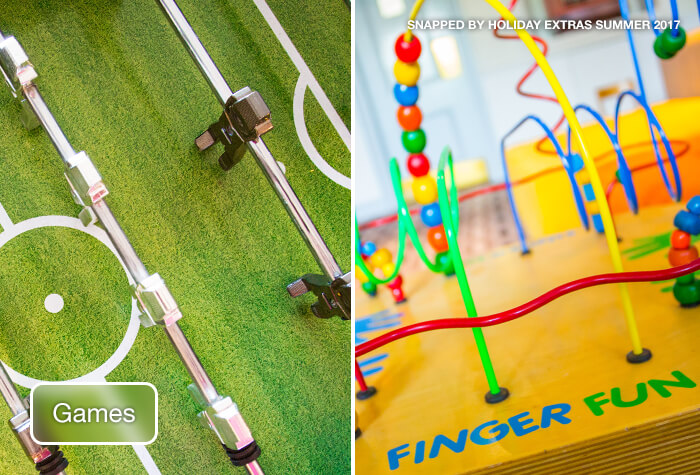 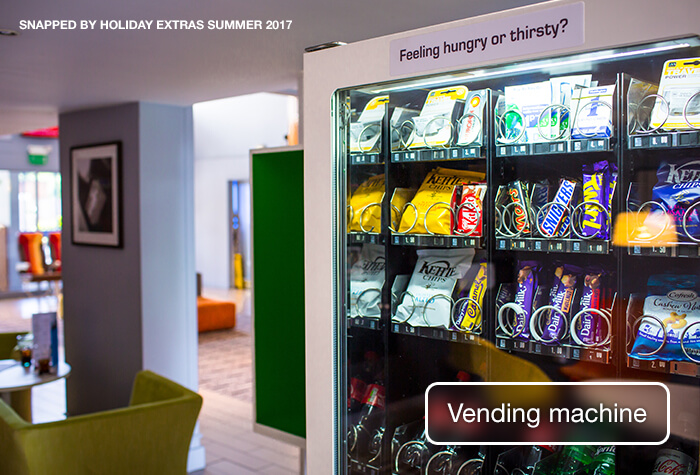 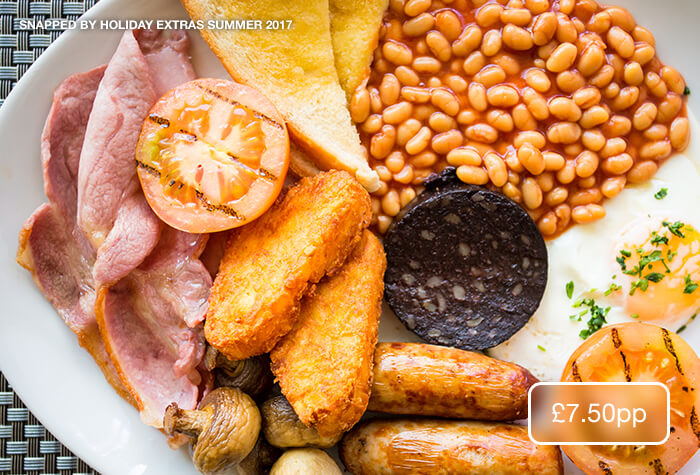 Enough food to feed an army

If you're just looking for a quick, continental bite, there's plenty to tempt you at the Airport Inn's breakfast buffet: cereals, toast, pastries, yoghurts and fruit are all available, with tea, coffee and juice to wash it all down with. Those with a heartier appetite will be satisfied too, with the Airport Inn serving up all the traditional hot breakfast options. Help yourself to as much sausage and bacon as you like. Breakfast is priced at £9.95 for Continental and £11.95 for English.

Children are definitely at the head of the table in Harriet's Restaurant. Their Pirate's Paradise menu doesn't just feature a shipload of dishes - from sausage and mash to penne carbonara - there's a treasure hunt and pictures to colour in on the back too. But adults needn't feel cheated - okay, there's no colouring to do, but you'll find the food enough of a work of art in itself.

The full menu features steaks, meat, fish and vegetarian dishes, pasta and risotto - though we struggled to get past the starters, there were so many things we wanted to have. We reckon we'd begin with baked goat's cheese on toasted French bloomer bread with onion marmalade and a balsamic glaze, before moving on to chicken tagliatelle in a green pesto and cream sauce with parmesan - or maybe the smoked haddock and gruyere fish cake with lemon mayonnaise, French fries and rocket. Dessert would be a chocolate brownie with vanilla pod ice cream - nom. Prices start from £2.95 for a starter, £9.95 for a main and £4.95 for a dessert. The children's menu costs £4.50 for two courses and £6.50 for three courses. Dinner is served from 5pm to 10pm.

We stayed at Airport Inn at Gatwick the night before travelling. Not at all welcoming and the room was very basic with no complimentary toiletries not even a small bar of soap for washing your hands. We paid £20 extra for a 3 course meal only to be told the restaurant was closed so had to find somewhere local to eat which we then had to out for again. Not impressed.

Your website was inaccurate and really should have been update. There was no restaurant or bar open and no shuttle bus. Very disappointed

The hotel was small and simple but everything we needed. Covered parking spaces and most importantly to us we kept our keys. The rooms were clean and food was great. Staff were very helpful. The hotel was conveniently situated close to the airport. We had.no wait for the bus which was £4 per person each way. The return was just as smooth. We would definitely book again

Basic hotel Bar closed early as staff were having a party and there was no food available after 8.45, even though when we checked in staff said restaurant would be open We parked our car which was very reasonable and under cover in a secure area

Basic hotel Bar closed early as staff were having a party and there was no food available after 8.45, even though when we checked in staff said restaurant would be open We parked our car which was very reasonable and under cover in a secure area

Food is also available in the bar from 11am to 10.45pm: there's an extensive menu of snacks, soup, sandwiches, panini, baked potatoes, salads, pizzas, burgers, mains and desserts. The room service menu is very similar: most of it's available from 8am to 11pm, but some dishes are available 24 hours a day. There's a £3 charge for room service though, on top of the cost of your food.