Discover the 2009 Capital of Culture 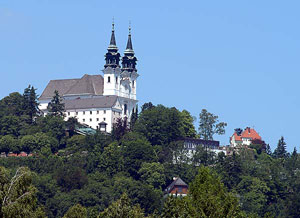 The city of Linz has been named the 2009 Capital of Culture, a title formerly bestowed on such destinations as Athens, Amsterdam and, most recently, Liverpool, since its establishment in 1985.

Austria's third largest city, based on the shores of the River Danube, Linz is home to a thriving arts and music scene. A visit to the city will reveal a number of fascinating sights, ranging from the Gothic St Mary's Cathedral, the impressive Brucknerhaus concert hall, and the Postlingberg atop a 539 metre hill overlooking the Danube.

During the course of 2009, Linz has planned a number of events that will mark its cultural status. 'The Cultural Capital of the Fuehrer' offers an insight into the effect the Nazis had on the cultural heritage of the city, while 'Tower Music' will revive the tradition of trumpeters sounding their instruments every weekday from the town's parish church.

Book the Birmingham Crowne Plaza Hotel in advance to secure the best price and availability.