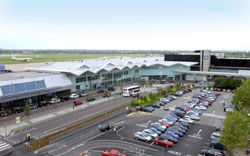 “This is a tremendously exciting time to lead the team at Birmingham Airport," said Kehoe. “The developments that are either planned or under way are ambitious and will enable the Airport to continue to make a significant contribution to the success of the region.”

Construction work on a new £45 million extension to Birmingham's Terminal One started in June.

John Hudson, Chairman of Birmingham International Airport, commented on Kehoe's appointment: “We are delighted to have attracted Paul to Birmingham Airport following a very competitive selection process.  He brings with him a wealth of airport operating experience and the board looks forward to Paul’s leadership during the challenging times ahead.”