Stand in Red Square and immerse yourself in the Russian story.

The heart of Moscow - politically, spiritually and literally - is a genuinely breathtaking sight. Symbolic and significant for one of the world's most intriguing powers, when you stand in this vast cobblestone square you will feel Russia's turbulent history all around you. 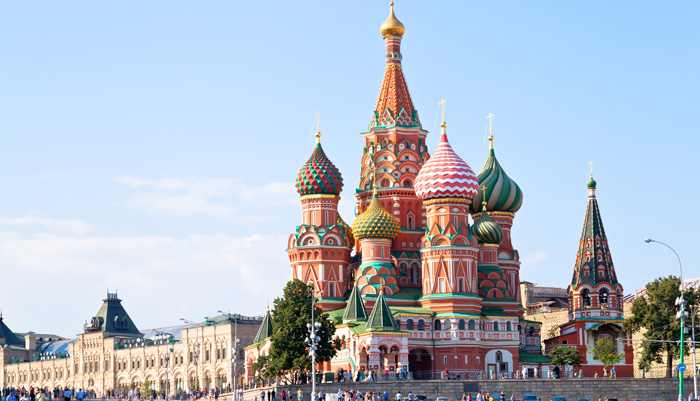 A slum area cleared at the end of the 15th century, this large public space next to the Kremlin became known as Krasnaya Ploshchad during the 17th century. The word 'krasnaya' originally meant 'beautiful' but came to mean red over the years. Red Square has traditionally been used by Russian leaders for proclamations, public ceremonies, executions and shows of strength. It was also the site of the odd coronation or public address by Russia's long-gone Tsars.

The square is now largely a venue for festivals and entertainment, much like city squares across Europe. Yet towering symbols of Russia's rich history dominate: from the Kremlin and Lenin's Mausoleum to St Basil's Cathedral, the State Historical Museum and the GUM department store, plus monuments like the Kasan Cathedral, Resurrection Gate and Iberian Chapel once destroyed by the Soviet government, now restored to its former glory. Stand in Red Square and immerse yourself in the Russian story.