Cycle Through the Rice Fields of Vietnam

Descend into the fields for an unforgettable adventure.

Vietnam has long held rich fascination for western travellers, with the outstanding natural beauty of valleys and deltas providing the perfect counterpoint to the bustling cities of Ho Chi Minh City and Hanoi. With enchanting country lanes winding from charming village to charming village, there is a peaceful innocence to the spectacular beauty offered by this nation. On a cycling journey through the rice paddies, witnessing centuries of tradition unfurl before your eyes, you can savour the majesty of life in this compelling region of South East Asia.


Discover the Fertile Lands of Vietnam 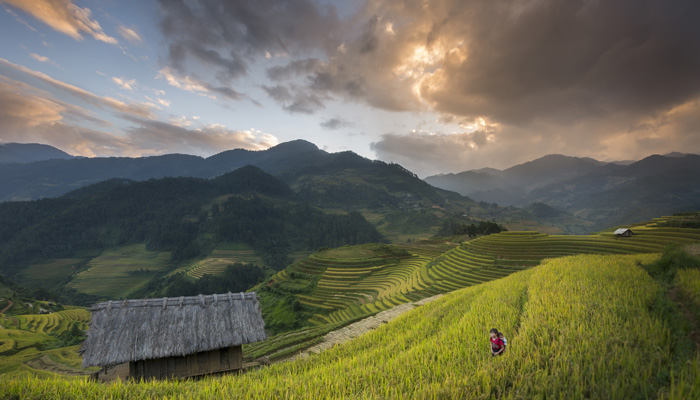 The agrarian cycle of Vietnam's rice paddies has been the very lifeblood of the nation for centuries. Until the recent growth of tourism, rice and agriculture were the foundations of the nation's trade and commerce, with the Red River and Mekong Delta areas rich and fertile, and shimmering fields delivering magnificent harvests each year.

Of such importance is the vast quantity of rice cultivated in the region, the people of Vietnam host annual celebrations and festivals to secure the favour of deities and enjoy bountiful harvests. These lively pageants and traditional events have been conducted for centuries and, with the endless rice fields that decorate the Vietnamese landscapes, there seems no cause for such customs to change. As such, a cycling tour through the lush landscapes and welcoming towns provides the perfect opportunity to engage in what remains vital to the success of this enchanting country.


When to Plan Your Visit 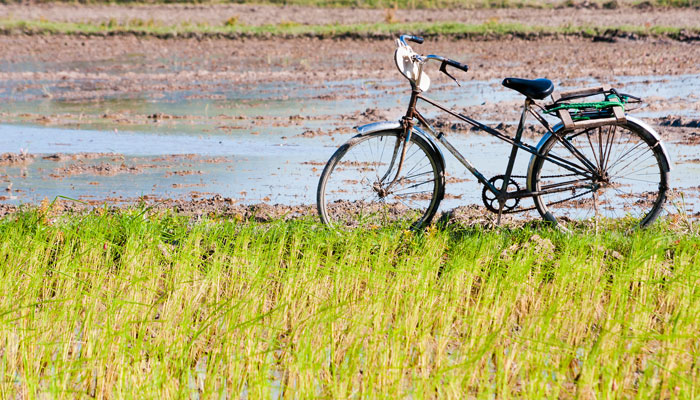 The Vietnamese climate is as diverse and changeable as its landscapes, with the north and south often in sharp contrast to one another. There is, however, no good nor bad time to visit Vietnam, with fantastic temperatures and bursts of rain par for the course.

To get the very best from a cycling trip through the rice fields of Vietnam, take to the saddle and allow yourself to go wherever the winding routes lead. For the chance to experience the festivities of the rice planting seasons, the months between May and July are often the most active. Harvests - of which there are often two or three per year - can also prove a rewarding time to visit, with October through to December being the optimal months to travel. 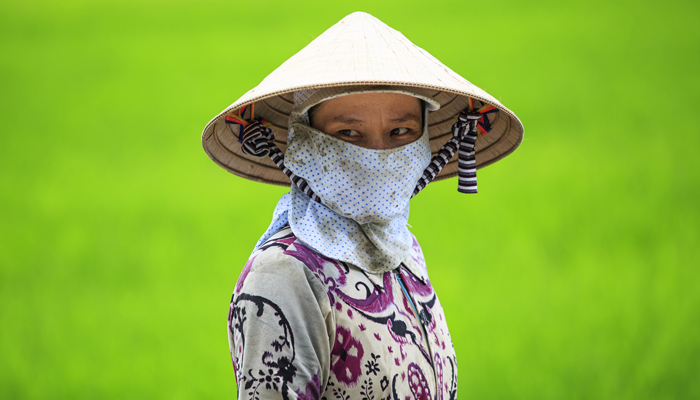 As one of the world's largest producers of rice, Vietnam's reputation around the globe for delivering this white gold is unsurpassed. For the people of Vietnam, meanwhile, the value afforded to the industry has long taken on even greater importance, with enduring legends indicative of the divine influence many attribute to the success of the trade.

According to ancient beliefs, man was never meant to toil so long on the cultivation of rice, with deities instead delivering from heaven to each home in the form of a giant ball. This ancient delivery was summoned by fervent prayers, but came to an end following the act of one recipient. While sweeping the floor in preparation for the arrival of the rice ball, the ball landed in the home and struck the broom, braking into individual pieces and leaving mankind to henceforth toil for its rice among the rice paddies of Vietnam.

Heading across the rice fields of Vietnam on two wheels provides the perfect opportunity to experience the many charms and traditions of the Vietnamese people. The friendly and welcoming locals take pride in harvesting the rice that grows beside the Red River and Mekong Deltas, and help provide a travel experience filled with warmth and happiness.


Embark on a cycling holiday through the rice fields today to discover the natural wonders of this fascinating region of South East Asia, and enjoy an unforgettable voyage that takes in some of the continent's most compelling and intriguing cities.