In and Around Glasgow Airport

More than seven million passengers fly from Glasgow airport every year. It's the UK's eighth busiest airport and flies to 90 destinations around the world, including Canada, the US and the Middle East. The airport is eight miles south west of Glasgow city centre, near Paisley and Renfrew.

Where can I eat and drink at Glasgow airport? 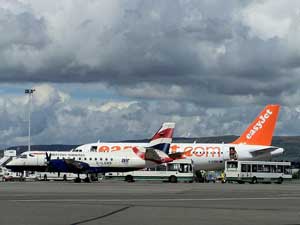 What shouldn't I miss in Glasgow?

Glasgow is home to many fascinating museums which are well worth a visit. The Burrell Collection contains more than 9,000 works of art and the Gallery of Modern Art and the Museum of Transport attract half a million visitors each year. The People's Palace is Glasgow's own social history museum, telling the story of the city and its inhabitants from 1750 onwards.

For some educational fun, the fascinating Glasgow Science Centre houses hundreds of interactive exhibits, a planetarium and an IMAX cinema. The Lighthouse is Scotland's national architecture and design centre and offers a fantastic insight into some of the country’s artistic activity. 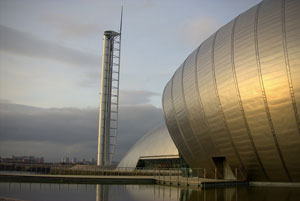 Glasgow is a great place to shop, with a range of different brands and independent stores. The Buchanan Galleries is the city's newest shopping centre and has 80 shops, whilst the St Enoch Centre houses Scotland's largest food court, with more than 850 seats. Alternatively, Prince's Square is home to designer shops, boutiques and the Scottish Craft Centre.