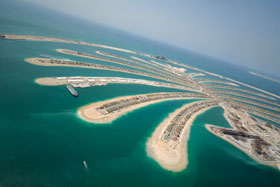 Holiday snacking is the new term for the growing trend for people to take a number of short breaks rather than a long summer holiday.

"With so many places to visit and so little time to do it, you’d be forgiven for thinking that you can't possibly see all these fabulous holiday destinations in one lifetime, which is where holiday snacking comes in" says netflights.com.

To help satisfy the demand from people who want to see as many places as they can in their lifetime, netflights has come up with a number of special offers on short break holidays.

Three nights in the favourite city break destination of New York are available from £499 per person staying at the 3 star Thirty Thirty Hotel in New York for return flights from London and departures until 30th June. New York makes a great shopping break destination, particularly with the favourable exchange rate against the dollar.

Also around a seven hour flight from London is the glamorous holiday destination of Dubai. With its ultra modern shopping malls full of designer labels and exquisite gifts, Dubai is also a fantastic choice for a shopping trip abroad. In addition there's guaranteed good weather year round plus luxury hotels and beautiful beaches. Netflights is offering three nights at the 3 star Golden Sands Apartments in Dubai including return flights from London from £379 per person.

Another popular choice for a city break is the vibrant city of Hong Kong. Once a part of the British empire but now part of China, Hong Kong is a fascinating mix of the traditional and the ultra modern. Netflights has four nights at the 3 star Metropark Hotel in Kowloon from £439 per person including return flights from London.