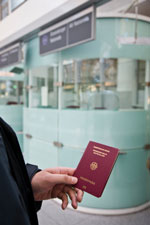 In the wake of the foiled Christmas Day terrorist act on a flight between Amsterdam and Detroit, Prime Minister Gordon Brown has demanded that full body scanners be introduced at UK airports.

According to reports, BAA will install the machines, which cost £100,000, at Heathrow Airport 'as soon as is practical'. Body scanners have recently been on trial at Manchester Airport, and have been tested previously at London Heathrow between 2004 and 2008.

BAA currently operates seven UK airports. The decision for Heathrow to bring into operation the full-body scanners represents the airport's commitment to maximising security for passengers.

However, the controversial system has faced criticism from civil liberty groups who protest that the scanners are an infringement of personal liberty with scans tantamount to a 'strip search'.

Flying from Heathrow Airport? Holiday Extras provides a range of airport parking and airport hotel options to complement your trip. Book in advance to secure the greatest possible value for money.