Which are the greenest airlines? 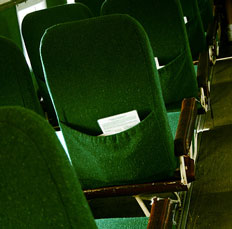 As ecotourism and green travel take on greater prominence, it is pertinent to ask: which airlines are the greenest?

Often viewed as being one of the biggest contributors to carbon emissions, there are many airlines that are going out of their way to offset their carbon cost and help reduce emissions. If you're looking to enjoy a green holiday, choosing the right airline is crucial.

"There are some airlines that are really going out of their way to offset their carbon cost and help reduce emissions."

Virgin Atlantic has an extensive program in place to help reduce their impact on the environment. On their website they go into great detail on their climate change manifesto. In it they describe how they're going to reduce their carbon footprint and ensure the sustainability of their business.

As part of the Virgin Group's commitment to combating climate change, Sir Richard Branson has dedicated all profits from his travel companies to fight global warming for the next 10 years. This will be done using the newly launched business, Virgin Fuels, which will invest up to $400m into green energy projects. 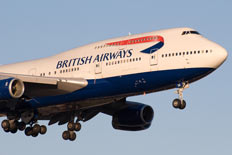 easyJet is another airline with clear environmental goals. The airline is dedicated to being environmentally efficient in the air, on the ground and in the future. As with all airlines, there is a wealth of information on their eco-policies on their website. easyJet has configured their planes to accommodate extra passengers per aircraft, and as a result they claim they can fly using 30% less fuel than their rivals on similar routes and similar aircraft.

easyJet uses new aircraft and focuses on direct flights without any connections. The airline also avoids some of the busier hubs like Heathrow, enabling them to have quick turnarounds with minimal taxiing, further cutting their fuel consumption. 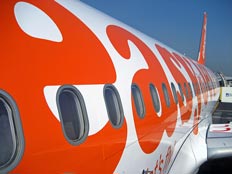 If you're looking for the greenest airline for your flight, why not try Global Travel Market's carbon friendly flight search tool? The engine works like a normal price comparison engine, but rates airlines on their carbon emissions before recommending a combination of the greenest and cheapest flights.

"While no airline can fully claim to be a green business, there are many which are taking steps to minimise their impact and offset their carbon costs."

All the airlines' websites that we looked at had some information about their environmental efforts. For some routes you may only have a small choice of airlines, so it's usually best to visit them directly to find out how they're trying to reduce carbon emissions. While no airline can fully claim to be a green business, there are many which are taking steps to minimise their impact and offset their carbon costs.

Remember to book your airport parking, airport hotels and airport lounges with HolidayExtras.com.