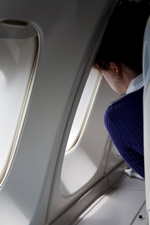 The company plans to operate thrice weekly services between Kiev and London Luton, Dortmund and Milan Bergamo from 15 September, subject to regulatory approval.

"The announcement of our intent to launch international routes from Kiev and the very first Wizz Air Kiev-Odessa demonstration flights are new milestones in the development of Wizz Air Ukraine. We are pleased to make the next steps as we have been experiencing excessive demand for low fare air tickets by the Ukrainian people since we started sales a couple of weeks ago."

The flights are expected to be very popular with the millions of Ukrainian workers and students who live abroad and also holiday makers looking for affordable tickets.

International ticket sales are expected to begin in July once regulatory approval has been confirmed.