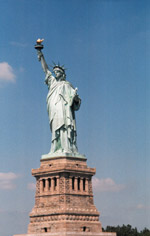 Rival airlines Silverjet and Eos already offer business class only flights between London and New York, from Luton and Stansted respectively. BA itself operates flights from Heathrow to JFK eight times a day, and from Heathrow to Newark three times a day.

There will be only 32 flat-bed seats on board BA's A318s, and because of restrictions on the amount of fuel that can be loaded at London City airport the aircraft will have to refuel on the outbound flight. BA is purchasing two A318s and will operate the flight twice daily, but has not yet announced when the service will start or what New York airport it will use.

"This niche service will fly passengers between the heart of the two largest financial centres in the world. London City airport is located minutes away from some of our key corporate customers and is in one of the fastest growing areas of the capital," comments BA chief executive, Willie Walsh.

"We will offer a 15 minute check in for customers in both London and New York. London City's size means that it is a quick and easy airport to use and, with a maximum of 32 passengers onboard, getting on and off the aircraft will be a smooth process. Once onboard, customers will experience all the benefits of our business class cabin including a fully flat bed," adds Walsh.

"The A318 is the perfect aircraft for these flights. It is capable of operating at London City and is large enough for us to provide the number of business class seats required to make this a viable operation," says Walsh.