Campaign to stop mobiles on planes 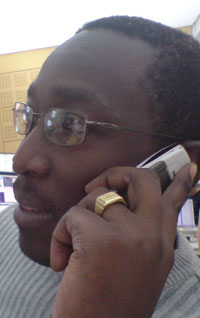 A campaign has been started to prevent airlines allowing passengers to use mobile phones on planes.

Low cost airline Ryanair recently began a trial of mobile phones on some of its planes, prompting customers of holiday homes rentals website DirectHolidayBookings.co.uk to flood its website with emails opposing mobiles on planes.

“I wasn’t prepared for the large scale reaction we received from people vehemently opposing this decision. This has led us to begin petitioning Downing Street to try and prevent this from becoming common practise within the commercial aviation industry,” says DirectHolidayBookings.co.uk managing director, Andrew Gibson.

“The feedback we’ve received states that the last thing people want when flying is to be subjected to other passengers shouting into their mobile phones with loud and annoying ring tones going off constantly. Our users also have safety concerns regarding potential interference with the aircraft’s controls,” adds Gibson.

Recently a Qantas flight was forced to make an emergency landing caused, according to some reports, by a mobile communications device interfering with the planes’ flight controls.

DirectHolidayBookings.co.uk says Swiss communications company OnAir and British based Aeromobile have lucrative deals with airlines Ryanair and Emirates respectively, and other airlines including bmi, Air France and Qantas are set to follow suit.

The Downing Street petition can be found at http://petitions.number10.gov.uk/nomobiles.

“It looks like more airlines are set to follow the example of Ryanair and Emirates and this is something we are very keen to prevent. For business travellers and holiday makers alike, an aeroplane journey can provide the last bit of peace and sanctuary before going on holiday or into a meeting,” says Gibson.

“It seems that this is just yet another way for airlines to make more profit using any methods available. We all know how annoying it is when somebody is talking loudly on their phone in a restaurant or on other forms of public transport – I think it’s important to stop this happening on planes too,” he concludes.