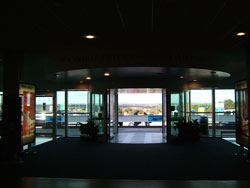 "I am delighted that Birmingham continues to grow, offering more choice and exciting new destinations. More people than ever are choosing to travel from the Midlands' premier gateway rather than face the hassle of less convenient airports," comments the airport's head of corporate and community affairs, John Morris.

In June this year Birmingham won the Airports Council International Award for the Best Airport in Europe in the 5-10 million passengers category. A number of new routes are being launched from Birmingham over the next few months, including bmibaby flights to Madrid and Krakow, and easyJet flights to Geneva and Grenoble.