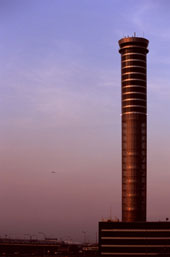 British passengers stranded in Bangkok and other parts of Thailand because of the airport siege will at last be able to find flights home.

British Airways has announced a rescue flight which will leave Phuket for Heathrow on Friday December 5th.The Boeing 777 will carry up to 272 passengers. Free coaches will be laid on to take passengers accepted onto the flight from Bangkok to Phuket.

BA customers requiring repatriation to the UK are being asked to register their interest in this flight by calling the local number in Thailand: 66 2 627 1701.

BA says this flight is in addition to the three relief flights that it has jointly laid on with its partner Qantas in the last week to fly passengers to Singapore for onward travel.

"We can understand how frustrating the circumstances are and would ask our customers to bear with us. Unfortunately, the situation is outside our control but we are doing all we can to help customers who have been affected"; BA says.

Low cost airline easyJet has also announced a rescue package for passengers stranded at Bangkok airport. It says it will offer "passengers who have an onward return flight via our network, a special rescue fee of £35 to return home."

To claim the £35 rescue package passengers are advised to visit the sales desk at their easyJet departing airport. They must be able to show their boarding card for their Bangkok to Europe flight at check-in to prove that they were stranded in Bangkok.

Although flights from Suvarnabhumi airport in Bangkok are scheduled to resume at midnight tonight it is likely to be some time before flights get back to normal. British Airways has said that it will carry out an in-depth review of the facilities at Bangkok airport before it decides when to resume flights to and from the airport.

The Foreign & Commonwealth Office advice is: "You should continue to avoid air travel into or through Bangkok for the foreseeable future. Regional airports in Thailand are likely to be congested and we advise you to consider carefully before flying into or through any other airport in Thailand. A temporary state of emergency has been declared at both Bangkok airports and you should avoid the airports and their vicinity until further notice."